It is one of the greatest challenges confronting the world as it seeks to transition to a net zero future – how to make aviation greener.

The global commercial aviation industry currently produces between 2-3% of all human-made carbon dioxide emissions, and accounts for roughly 12% of CO2 emissions from all transport sources.

Accordingly, the industry will have a key role to play in the transition, not least because, as societies become more prosperous around the world, demand for air travel is expected to grow strongly.

So the hunt is on for ways to make air travel less carbon-intensive.

Today, a decisive step was made in that direction as Rolls-Royce announced that, by 2023, all of its Trent engines will have been proven compatible with 100% sustainable aviation fuel. The Trent family of engines powers around 40% of the world’s long-haul aircraft.

Warren East, the chief executive of Rolls-Royce, did not disclose how much it had cost of adapting the Trent family had been.

But he told Sky News: “It’s a question of how much it would cost us not to. The reality is that by 2050 we have to be net-zero across the planet and aviation needs to play its part.

“We want to continue providing engines for long haul aviation, and so that’s what we must do.”

Rolls has previously said that sustainable aviation fuel, which is produced from feed stocks such as cooking oil, non-palm waste oils from animals or plants and solid waste from homes and businesses, offers “net CO2 lifecycle emissions of at least 75% less than conventional jet fuel”.

The big question airlines and aircraft manufacturers will have, though, is how on how the engines will perform when fuelled differently.

Mr East said that the performance of the engine would not be impacted by making them compatible with 100% sustainable aviation fuel.

He said that by 2050, with all long-haul aviation powered by sustainable aviation fuel, there would have been an evolution in how the product is made.

He added: “It’s possible we will be able to get even better performance of the engines with sustainable aviation fuel.” 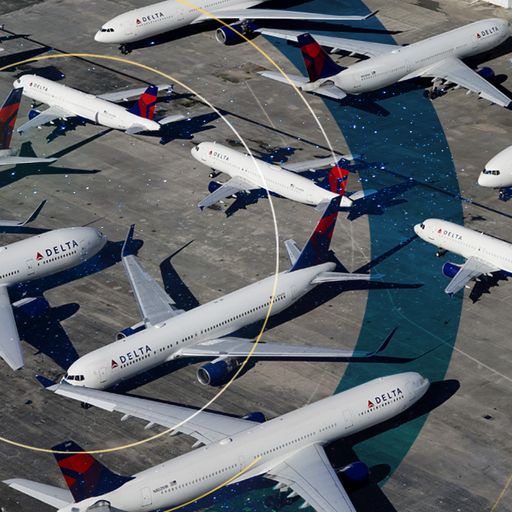 :: Listen and subscribe to The Ian King Business Podcast here.

Other questions concern the cost of sustainable aviation fuel. As things stand, the product is eight times the price of kerosene, while very little is being made. At present, just 0.05% of jet fuel being used globally is sustainable, making it harder to access even if airlines were in the mood to buy it.

That should change over time. Royal Dutch Shell, which today joined forces with Rolls and Airbus to call for closer collaboration across the aviation sector and with governments to enable the transition of long-haul aviation towards net-zero, recently committed to raising production to two million tonnes of sustainable aviation fuel annually by 2025. That is more than 10 times the total amount of sustainable aviation fuel produced globally today.

Mr East said that, while buying the sustainable aviation fuel would be an issue for the airlines, it was not just down to the oil and gas companies to meet demand or reduce costs.

He added: “[There are] things that we can do in the industry, providing the engines. Step function improvements in efficiency so our XWB engine for instance, that’s on the A350s today, is significantly more efficient than the older engines.

“Our next-generation engine which hopefully will be flying around in the mid-2030s, our ultra-fan engine, is going to be some 25% more efficient than the original Trent engine – so we can do something in terms of efficiency.

“And then you’ve got a massive cost reduction potential in the scaling of sustainable aviation fuels.

“Today, less than 1% of the world’s fuel is sustainable aviation fuel. By 2030, the industry is signed up to 10%, so that means a 400-fold increase in the volume of aviation that will be used by then – and that sort of scale-up will undoubtedly have positive economic effects.”

Accompanying Mr East at today’s event in Derby was Sabine Klauke, the chief technical officer at Airbus, one of Rolls’s key customers. All of its aircraft can currently run on blends of up to 50% sustainable aviation fuels, and she said the company was working closely with our partners to accelerate this to 100% by 2030.

She told Sky News: “At Airbus we have big ambitions…with our zero emission programme which is about putting two zero-emission aircraft into service by 2035. But there is no one solution to decarbonisation, and we really need all the different technologies altogether to pull together.”

Airbus is not just putting all of its eggs in one basket, marked sustainable aviation fuel. The manufacturer is also doing a lot of work on hydrogen as a means of propulsion, unlike its rival Boeing, which appears to be keener on sustainable aviation fuel. The Airbus chief executive, Guillaume Faury, has previously said he favours the latter only as a short-term alternative to hydrogen.

Clearly, though, sustainable aviation fuel is going to be doing most of the heavy lifting as the aviation sector seeks to lower carbon emissions by the end of this decade.

Today’s announcement from Rolls comes on the back of a string of recent developments that have raised hopes for the company after a brutal period in which its profits were eliminated by the fall in air travel as a result of the pandemic.

It last month won a $2.6bn (£1.9bn) contract from the US Air Force awarded Rolls to replace the engines on its Boeing B-52H Stratofortress bomber fleet. There are also hopes that the recent AUKUS security pact between the Australia, the UK and the US, under which the latter two will share nuclear technology to help power the former’s submarines, may bear fruit for Rolls.

Mr East said: “We’ve powered the [UK’s] nuclear fleet for the last six decades and so clearly there’s a chunk of expertise there that is unique in the UK – but it’s really up to governments to decide who does what in this in terms of implementation of that agreement.”

At least as big a prize, potentially, would be government sign-off on small modular reactors to help the UK’s drive to zero-carbon energy generation.

Mr East added: “We’re absolutely expecting to see something around about the end of the decade.”

Investors will certainly be hoping so. As, presumably, will the government as it seeks to drive the UK towards a net-zero future.